Use Case 25. How and when to use Fade Transitions for Premiere Pro and After Effects

In this use case you’ll learn when and how best to use the “Fade” video transition which looks something like this like this:

How and when to use Fade Transitions 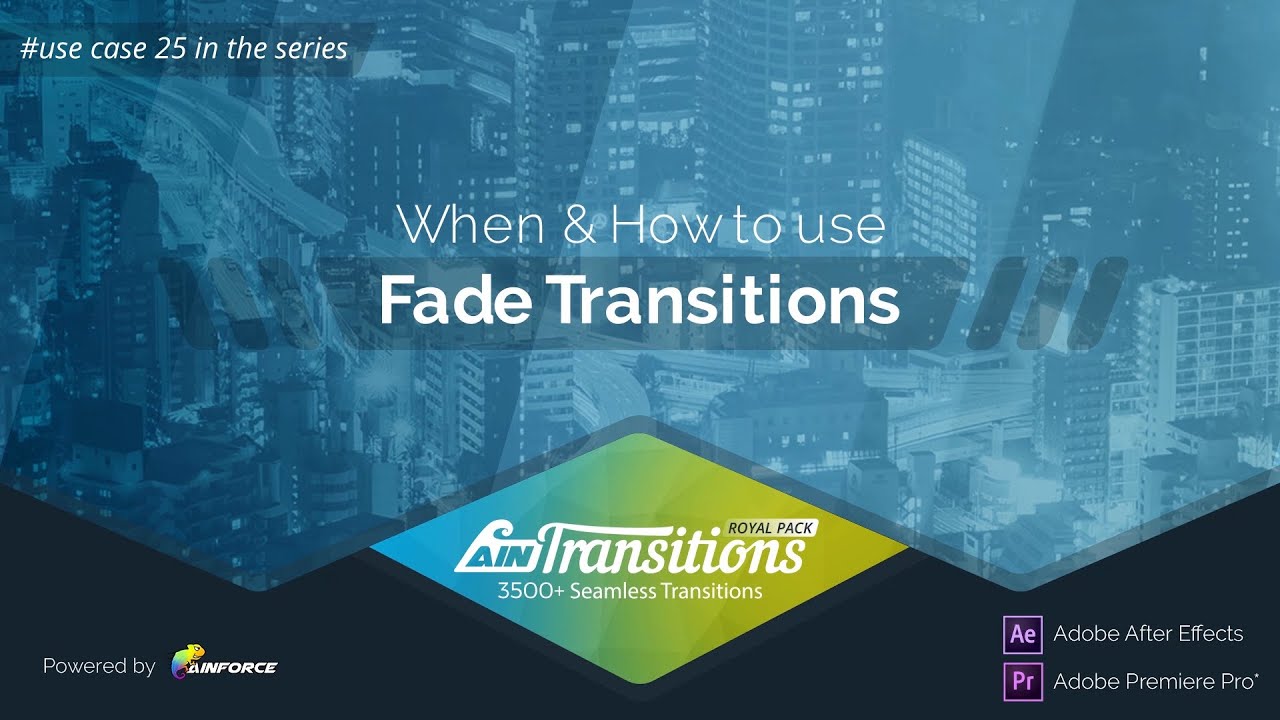 The Fade Transition is probably the most commonly known and widely used video transition of all time …and because its simplicity, it has stood the test of time.

In its basic form, the fade video transition is an overlap of two shots for the duration of the effect, usually at the end of one scene and the beginning of the next.

However, in this pack you get to choose several different variations of the fade transitions, giving you enough freedom to be creative.

The fade effect is a great choice to use for montages, aa technique in film editing in which a series of short shots are edited into a sequence to condense space, time, and information.

In conclusion, fade transitions for Premiere Pro and fade transitions for After Effects are great to use when you want to condense space, time, and information into one short but impactful sequence and keep your audience captivated. This is just one idea…there are lots of other possibilities to use the fade video transition and the best way is to give it a go. So, go ahead, try out the fade transition in your next video project. It’ll look cool.

The described example is also suitable for fade transitions for DaVinci Resolve.

Please keep in mind that we give this material as an example, so that you have more idea how to use this type of transitions. In reality, this type of video transitions can have many more use cases, besides, it depends on the type of your video and the content of the materials (photos, videos) you use. We only give a starting point.
Previous
Use Case 24. Warp Transitions
Next
Use Case 26. Shape Transitionss