AinTransition includes more than 3,500 transition presets. For the convenience of orientation on all transitions, we divided it into 4 packs, focusing either on the principle of implementation or on the type of transitions.

The interface in all transition packs is the same, so below you can find the basic principle of the interface.

How to use Seamless Transitions (Core, Glitch, Shape) 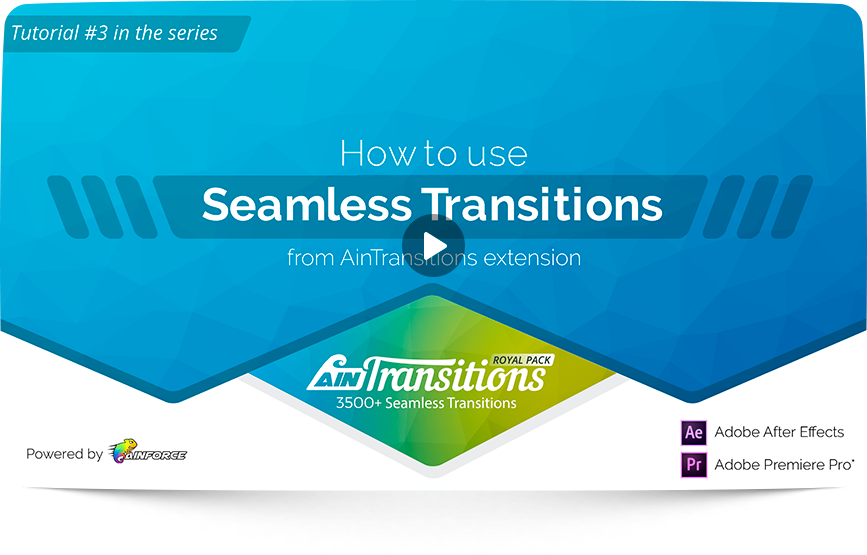 We care about users with different levels of After Effects, so our tutorials are made in a detailed form. Therefore, time codes are available for each tutorial, with which you can find the necessary information. Also in each tutorial at the top there is a visual display of the section.

How to use Alpha Transitions (with alpha channel) 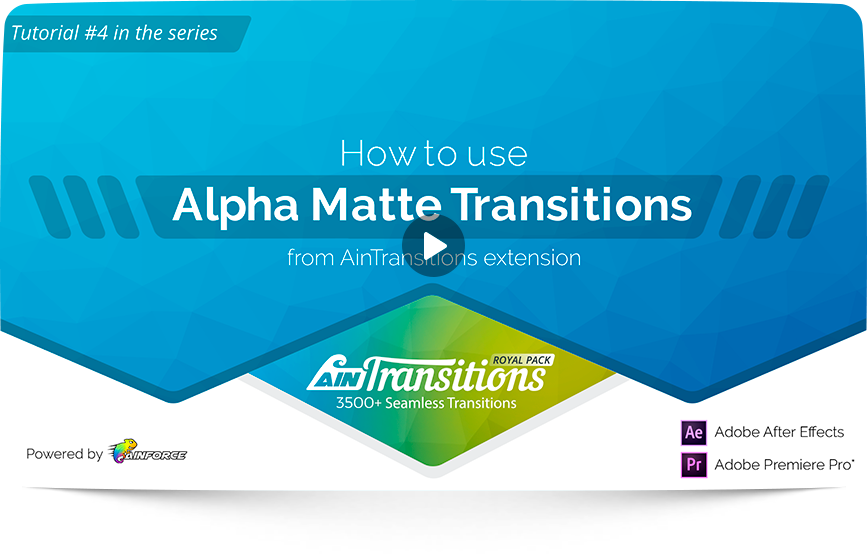 See a preview of all Transitions